I discovered today that Andes has a cookie. Mom bought them and brought them to the house… so, that’s how I made the discovery. Anyway, they’re very good. My new favorite thing. Just thought you might want to know.

P.S. In finding the links for this post I discovered lots of cookies made using Andes Mints. I think I’ve had such things before once or twice. To my recollection they were good. They certainly look good.

So this is neato.

Do you like listening to things, but hate waiting for those slow talkers? Have you tried speeding it up but hate the chipmunk voices, or is the complicated process too time consuming. Then use MP3 Speed.

Thanks to freewaregenius for telling me about it.

I know there are other ways to get a similar effect, but this is really specialized. It’s basically set up, select files, push button, enjoy. It works perfectly. So far anyway.

I signed up for GetGlue. I need some friends on it, so check it out maybe. It’s like Hunch, if you’re familiar, but it’s focused on just media. It has a checkin function, like those location based services, but for what you’re doing. So you can check in and say you’re watching Lost or whatever you kids watch these days and it will connect you with other people interested in that thing. Kinda has a twitter feel if you want it to. It also, of course, gives recommendations based on what you say you like and don’t like. It keeps the recommendations current, and every week recommends stuff from the new batch of media that’s out. And it has neat stickers! My name is geneo on there, if you join, let me know.

Like I said, I beat Prince of Persia: The Forgotten Sands. I’d like to say a bit more on the subject, even though I haven’t played any more since. I spent like 3 hours up front trying to get the sound to work. Something to do with the way my TV was set up it didn’t like, so like half the sound effects and all the voice acting wouldn’t come through. Was confusing.

The game was fun, though. It is definitely closer to Sands of Time than any of the others since, which is a good thing. The combat suffers from all the magic powers they give you in my opinion, but I liked the combat in Sands of Time. In Sands of Time  people complained that the combat was either too difficult or too time consuming. It wasn’t either, unless you made it that way. If you were any good at it it was fun and not that time consuming. Unfortunately, you could get through it just by mashing square or whatever. So that’s what most people did. In this new game you can use magic to tear through all the monsters without hardly using your sword. If you do use the sword the combat is not quite as fun as that of Sands of Time, but pretty close. The platforming, which is really the best part of PoP, is great. I think it is more difficult than Sands of Time, which I appreciate. I must quibble about the existence of hidden treasures. Normally I enjoy such features in a game, but I wish they would leave them out of PoP. Prince of Persia is the game I want to race through, getting in a rhythm and trying to be as smooth, and fast, and bad ass as possible. I do not want to be looking around for alternative paths to take and secret places to look behind and such. I do that in every other game. I know I don’t really have to, but I wish they wouldn’t even tempt me.

Also in video game news, Kim has decided recently she wants to play Modern Warfare 2, which means she and Aaron have come over several times recently and we have taken turns playing. There’s a new expansion map pack out, which I haven’t purchased yet, but might. I love the game, but it’s way more fun with an audience. We prestiged up again and have gotten the tactical knife with the USP so I got my first chance to be a knifer bitch. I went 24 and 9 on Bailout, one of my least favorite maps. Not all my attempts since have been so successful, but the option to be a knifer bitch is pretty sweet.

When Kim comes she brings her Xbox and Red Dead Redemption, so I’ve had quite a few chances to play that as well. I’ve beaten the first area pretty completely, I think. Still have to skin some armadillos or something. It’s a good entertaining game. It is the sort of game I would prefer to play when I’m alone, though, so its sorta unfortunate I only have access to it when company is over.

Anyway that’s all the games I’ve been playing. They’re all good. You all should play MW2 with me. I have a headset I never use and everything.

I beat Prince of Persia: The Forgotten Sands today. Musta been like 10 hours. I’ll maybe play through again sometime and try and get all the trophies and whatnot, but I dunno. It was a fun game. It actually got somewhat challenging which hasn’t been in the last 3 POP games, so I appreciated that.

I also have 241 Stars in Mario Galaxy 2. Haven’t gotten that last one. I must have died more than 100 times trying so far. Kinda sad, since every other star was so easy. /sigh I’ll get it someday, I suspect.

Hasbro/Wizards of the Coast/Dungeons&Dragons I enjoy your products very much. And you do cool stuff to make it better, like making this D&D Compendium. At least I think it would be cool. A huge, comprehensive, searchable database of all things D&D. What a useful tool! Oh wait, it’s only useful for people who pay a monthly subscription. Boo!

I get that you’re a company and you want money, and I also understand that subscription gets you more than the D&D Compendium, but come on. You are doing yourselves a disservice. This compendium is exactly the sort of thing that when offered for free encourages interest in your products and ultimately makes you money.

If I knew whenever I had a spare moment or a stray thought about D&D I could plug in a quick search to the compendium and scratch an itch, I would be all over this compendium. And while I’m search for the exact wording of Feat X, I’d see there is another feat I didn’t know existed, and I’d find that it was in The Planes Below which would get me thinking about how it would be cool if my party did x y z. And I’d search for y or z and find more things in The Planes Below of interest to me. And then, what is your thinking? I just find everything from The Planes Below in the compendium and copy it down on note cards? NO! I go buy your book. And you get my money.

*sigh* I think that my scenerio is way more likely than someone going to your website and thinking, “Hey, neato, a compendium. Sure I’ll pay $7 a month for this.” Plus there’s general good will amongst your customer base.

Ok. Rant over. I do think they’re missing out. And I really want to use the thing, but I can’t justify paying for it when I don’t even have any 4e games going. /pout I took Lauren to see A-Team today. I’m a true romantic, I know. I’ve never seen the original show, and know very little about it, so from the standpoint of a fan of an existing property, I cannot judge. However, from outside that standpoint I would give it high marks. It was surprisingly funny. Like, funnier than a lot of comedies. The action was good as well, and the plot and story wasn’t totally stupid. I mean, it’s all ridiculous, but what isn’t these days? The biggest gripe would be the shoddy CG in the finale action sequence, but looks aren’t terribly important to me. I was expecting to think it was alright, but I liked it more than that. If they kept the same crew together I would definitely check out a sequel.

How A Super Mario Galaxy 2 Level Is Born – Wii Feature at IGN. 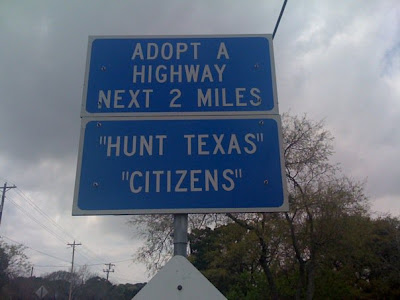